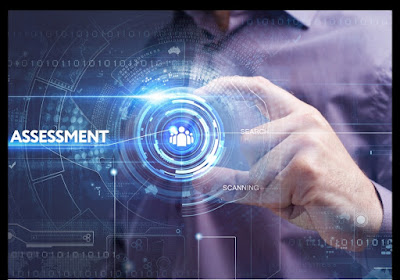 GAP Analysis
We assess differences in performance of business operations to determine whether customers expectaion are being met and, if not, what steps should be taken to ensure they are met successfully


Training
Our experts shall provide the training to the organisation staff to deliver the customer expectaion and all other requiste parameters to be filed as per ISO standards.


Documentation
Our experience consultants assist you prepare documentation for securing ISO certification as per the desired standrads and will continue update as per industry requirment.


Audit
We also assist and provide the auditing and assurance services where third party audit is required to secure certification.


Implementation
GAP Analysis, Training and Documentation is a part of ISO implementation. Our expert shall do all necessary activity to implement the ISO standard within the organisation.


Certification
On after suscessful implementation of the ISO standard, our consultants shall assist you securing ISO certification from well recognised accre
- June 14, 2020 No comments: 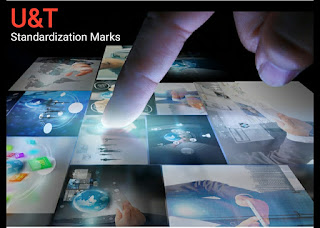 Occupational Health and safety assessment Specification (OHSAS) is an international standard giving requirements related to health and safety management systems in order to enable an organization to control its risks and improve its performance. OHSAS 18001 helps the organization to define the occupational health and safety policies and objectives including compliance to legal and other requirements. The organization can apply the standard to minimize risks, accidents and hazards, to improve employee motivation and involvement. Using professional assessment teams with in depth knowledge of your health & safety issues, the certification process will ensure that your management system meets the requirements of current Occupational Health & Safety Management Standards. Benefits of OHSAS: Improve your safety culture Improved efficiency and consequently reduce accident and production time loss Increased control of hazards and the reduction of risks through the setting of objectives, targets and devolved responsibility Demonstrate legal compliance Increase your reputation for safety and occupational health Reduce insurance premiums Is an integral part of a sustainability strategy Demonstrate your commitment to the protection of staff, property and plant Encourage more effective internal and external communication “Business to business contract winner.”
- December 14, 2019 1 comment:

U&T an independent certification body.U&T is one of the fastest growing certification consultancy consisting of highly experienced professionals offering the latest in systems certification and promoting quality concepts. This issue guarantee professional level of work and approach. U&T
is expanding its operations worldwide very fast.
U&T provides us the understanding to the needs of regions across the world, and these global resources provide expertise and best-in-class competence in certification processes. To this effect, our client retention is unparalleled in the industry for information reporting and value adding principles.We offer the latest in system & product certifications and promote quality.

Certification body U&T. is impartial, it manages possible conflicts of interests and assures objectiveness during activities related to certification.
- August 08, 2018 No comments:

Organizations of all kinds are increasingly concerned with achieving and demonstrating sound environmental performance by controlling the impacts of their activities, products and services on the environment, consistent with their environmental policy and objectives.

OHSAS 18001:2007 is the International Occupational Health and Safety Management Standard. OHSAS 18001 provides a framework to the effective management of OH&S including compliance with the legislation that applies to your activities and identified hazards.
- August 08, 2018 No comments:

Email ThisBlogThis!Share to TwitterShare to FacebookShare to Pinterest
The ATEX directive consists of two EU directives describing what equipment and work environment is allowed in an environment with an explosive atmosphere. ATEX derives its name from the French title of the 2014/34/EU directive.

A mixture of flammable substances in the form of a gas, vapour or mist with air under atmospheric conditions in such proportions that it can be ignited by excessive temperature arcs or sparks. The atmospheres are classified in zones.

"Zone 0" or protection class, "Exia" are terms not familiar to most lay-people, yet they have serious implications for anyone not complying with the intended certification. It essentially means that that particular area or Zone is classified as a hazardous location which has explosive gases present, with limited oxygen flow. Similarly "Zone 1" or protection class "Exib" are terms used for slightly less hazardous locations, i.e. where there is greater ratio of oxygen present. Zone 0 protection "Exia", intrinsically safe, maintains two simultaneous faults within its own circuitry as opposed to Zone 1 (Exib) as maintaining one fault. The reason for this is that once ventilation in a Coal or Gold Mine has been cut you automatically have an Exia situation. Equipment not suited for Zone 0 must then be switched off. For anyone wishing to use equipment within these Zones, one would have to, by law, use Certified equipment known as "Intrinsically Safe". Intrinsic Safety in the workplace is becoming more of an issue today than ever before. Many countries have implemented stringent laws and trade unions are making more issues of Safety to protect their members. Previously there has been a tendency to turn a blind eye to violations of these life threatening, potentially catastrophic issues, but with severe damages claims and direct and personal accountability today on the shoulders of the directors of companies and senior management, it would be both unprofessional and reckless for these executives to continue overlooking these issues whilst there are now affordable and viable products available from AT U&T Standarization Marks.
- August 08, 2018 No comments:

GAP Analysis We assess differences in performance of business operations to determine whether customers expectaion are being met and,...